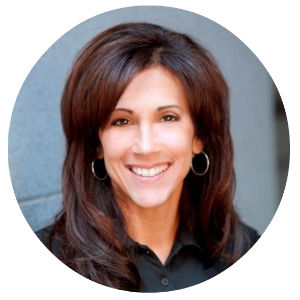 Let’s talk TEAM.  It’s actually one of the most overused buzzwords in business.  Everyone talks team dynamics, team engagement, team building, the secrets of building a great team…etc.  Now, please don’t get me wrong; I’m a huge fan of the concept!  I have been blessed to say I’ve been part of some incredibly dynamic and successful teams throughout my career.  I simply love being part of the team.

Actually, let me rephrase that…I love being part of an engaged and productive team.  I clarify that because many times what’s called a team is actually just a group of people employed by the same person.  There are traits and factors that transform a group of people into a team including respect, shared values, trust, and camaraderie. These characteristics transform any group into a potentially high performing team and as such, building a great TEAM is arguably the single most important skill of any leader in business of any kind.

So where do you start?  Is there a step-by-step process that you can apply that automatically creates a great team out of any group of people?  I think the question is obviously a bit on the ridiculous side, but it’s also valid as many times, new leaders are brought into a situation where they inherit a “team” of people that are underperforming and are expected to turn it around.  In these situations, the new leader quickly realizes that they haven’t inherited a team at all…they have inherited a group of people that need to keep their job.  It’s a tough spot to turn around, but there is a way!  Let's dissect the process using the following acronym for TEAM...

The first and most foundational aspect of building a superstar TEAM is accessing the Talent.  See the definition of Talent below…

"he possesses more talent than any other player"

The critical word above is “natural” – implying that talent is more nature versus nurture.  Talents are part of our DNA.  And although certain environments can accelerate our talent, the talent has to already be there for anything positive to transpire. This, by definition, is now a more obvious foundation for a team.  Talent, from this perspective, means the right people, in the right job where their natural talents are best utilized.  If you have inherited a team, the recommendation is to evaluate this first and foremost.  If your talent isn’t fully loaded, there is no way your team can reach maximum output.

The second factor of building a Superstar TEAM is Expectation.  And let me qualify the statement that high expectations are welcome as long as they are clearly communicated.  It’s really quite simple, but for some reason, many leaders tend to shy away from the conversations around this topic.  Some convince themselves that it's common sense and others don’t want to scare off new recruits so instead of talking honestly about the hard work ahead and what it takes to really make great money we paint a picture of unicorns and rainbows!

This is very often true when hiring new sales team members.  These young folks are recruited with talk of what happens when they hit high-end goals, but there is very little conversation of the 5-6 hours of daily cold calls required or the reality of getting referrals off the floor.  This is really hard work for a rookie and one of the reasons turnover is so high across the board.  So the recommendation here is to be honest about the Expectation – both YOUR expectation and THEIR expectation in the first 30-60 days.  This clarity builds trust, which is hugely critical in the early days of employment.

There are traits and factors that transform a group of people into a team including respect, shared values, trust, and camaraderie.

Once you have your Team acquired and on-boarded, the third step to building TEAM is to coach and develop is through the power of Affirmation.  This is best described as work hard to find your employees doing things right and focus on that!  This can look like the following:

The idea is that as you showcase the behavior you want to see and consistently reward it, more people will be able to replicate it.  Remember, what you focus on is also what you manifest, so if we focus on the behaviors we want to change, we tend to see that over and over again.

Last but definitely not least in the building of a Superstar TEAM is Modeling.  Now maybe you thought it would be another M word, like Motivation?  It used to be the word at this point…Motivate your team to perform.  But, I’ve discovered when I take the time to MAP the future for my team, the motivation is inherent and loyalty building.  Nothing speaks “I Care” more than helping an employee map their way to future goals.

In addition, we work twice as hard for an employer that is helping me shape and build my career, not just a paycheck.  Mapping the future for an employee typically sits in annual goal setting as well as regular performance management.  In fitness, it means we support ongoing education efforts and potentially subsidize them.  We transition from Employer to Coach as we help them stay accountable toward the goals they’ve set for themselves in the midst of helping the team achieve success.

In summary, the blueprint for success is a simple acronym for TEAM.  Obtain the best Talent, Set the highest Expectations possible and use Affirmations as motivation to keep them on track.  Lastly, Map their future goals with them to ensure the TEAM is win win for all parties involved.

For more information on how to build a strong cohesive TEAM contact Ingrid at Ingridowen@me.com

Ingrid Owen has been in the fitness industry for the past 25 years including 18 years with 24 Hour Fitness where she served in various capacities as the Vice President of Fitness, Group Fitness, Learning and Development as well as corporate Operations. She started her career as a GX instructor as well as a personal trainer. Eventually she entered the club management track and was elevated to Vice President of Operations before moving into a corporate role.

4 Tips For Hiring Your First Employee for Your Fitness Business