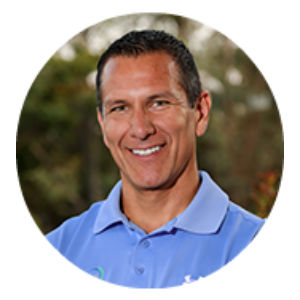 When I started as a personal trainer, my club had a system where we gave each new member two “free” sessions. On the first session, we took them through a traditional exercise routine with the “boring blue card” where we marched them from one machine to the next, wrote down the seat adjustment, weight and suggested sets and reps.

Then, on our second session - which we called the “wow” session - we used non-traditional equipment, applied more “functional training” movements, and tried to impress the member with all the cool exercise combinations we knew.

Interestingly, we often missed the sale AND, months later, I’d see the same people on the same machines with the same “boring blue card.”

They were happy as can be and often even thanked me for the original workout I gave them during our session. But what happened? Why didn’t I “wow” them enough for them to continue to want to work with me?

It’s actually quite simple. I wasn’t physically matching and emotionally attaching movement to my prospect.

To hit a home run in two sessions I make it about them, not me. Further, I use PTA Global’s Program Design Questionnaire (PDQ) and the Kaizen-6 (Japanese for continuous improvement, or change for better). 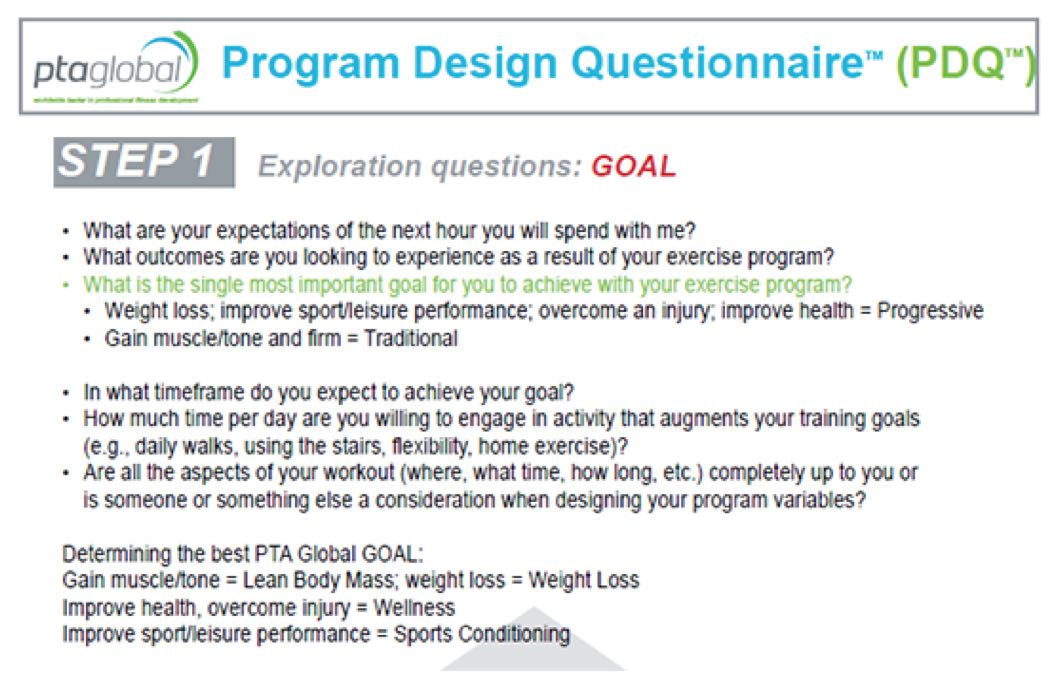 By meeting with my prospect and using the PDQ, I'm able to learn many things about the client. Plus it allows me to focus on that specific individual and takes the focus off myself.

I then apply the results to a custom movement experience (based on their goal, movement style and level), while communicating the goal and the true motivation behind it.

Next, I implement the 3-Dimensional Checkpoint (3DC) Tool that was adapted from the Gray Institute and provides a method to create and manipulate any movement based on the client’s Goal, Movement Style, and Level of ability. In other words, I can take a “traditional” movement and simply change the height, distance, direction and/or drivers to make it more “progressive.” Boom! 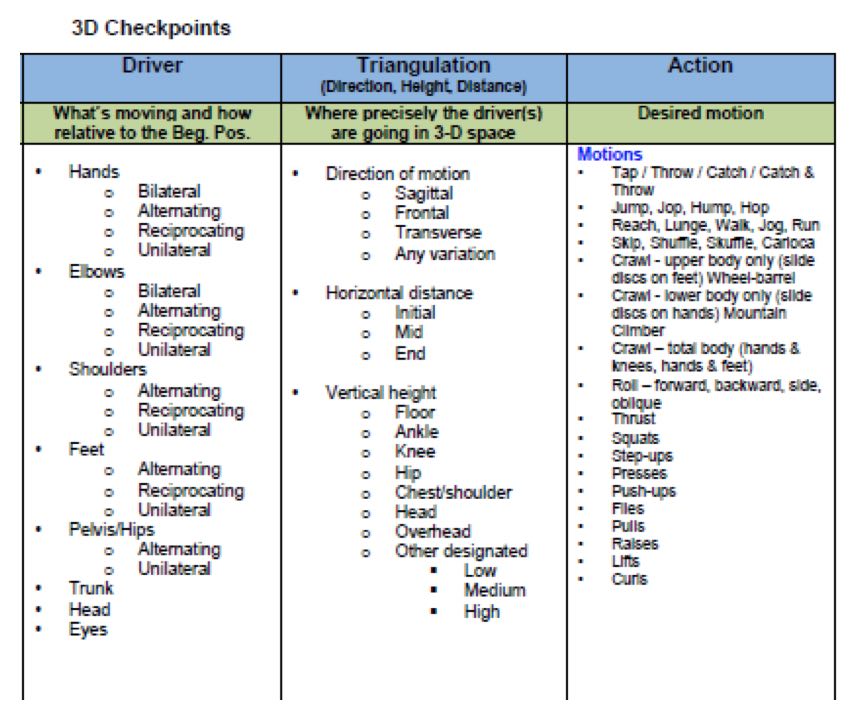 After conducting this client-centered and behavior-based part of the session, it’s time to humble myself and put the client on the pedestal; after all, they are the boss! (If you don’t believe they are the boss, try having a personal training business without any clients.)

I begin asking Kaizen-6 questions such as:

With this line of questioning I’m coiled like a spring; I clearly see the sale coming and I know good things are about to happen.

During the second session, I create another behavior-based experience by applying all that I learned from the “boss” in my first session - most importantly, their expectations, likes and dislikes.

For example, when I asked my client what I could do to make their experience even better, they may have replied with something like, “more ab exercises.” Guess what we’re adding this time… yup, more ab exercises!

If I determined that my client prefers “progressive” movements from the PDQ in session 1, guess what we are doing this time… you guessed it again - more progressive movements!

It really is that simple.

By using these client-based and behavior-based tools and truly implementing in the second session what I learned from them in the first session, I can gain a long-term fitness client in only two sessions.

Dan Duran is currently the Director of Education and Global Business Development for PTA Global. He has over twenty years’ experience in training and training management including over five years as a Fitness Director including the Midtown Athletic Club in Georgia and Yuba City Racquet Club in California. He has served as a Fitpro Subject Matter Expert and PTA Global Faculty Liaison and Chairman of the PTA Global Certification Board. Prior to working in the fitness industry, he worked for the state of California for twenty two years, where he managed statewide training for almost 400 law enforcement officers, including being the director and an instructor at a state police academy and adjunct faculty at several colleges.