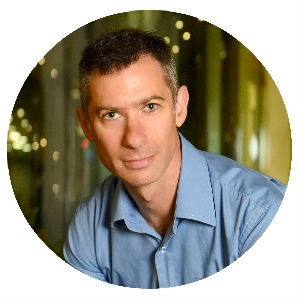 From the time the ancient Greek runner Pheidippides ran from Marathon to Athens in 490 BC to announce the Greeks’ victory in the Battle of Marathon, humans have had a compelling interest in running long distances. Whether your clients want to run a marathon for the thrill of it, to give them something to train for during the pandemic, or qualify for the prestigious Boston Marathon, it pays to know how to effectively and safely train for one.

The marathon includes a beautiful integration of cardiovascular, muscular, and metabolic factors operating together to influence the transportation and use of oxygen and the use of carbohydrate and fat as fuel.

The cardiovascular system is responsible for sending blood and oxygen to the working muscles. The amount of blood pumped with each heartbeat is called the stroke volume and depends on:

Once the blood leaves the heart, its flow to the muscles depends on the oxygen transport capacity of the blood, which is determined by red blood cell volume and the amount of hemoglobin that transports oxygen in the red blood cells, and the volume of capillaries that perfuse the muscle fibers. The greater the network of capillaries surrounding the muscle fibers, the shorter the diffusion distance for oxygen from the capillaries to the mitochondria, the important microscopic factories responsible for aerobic metabolism.

Once oxygen is delivered to the muscles, the muscles must use that oxygen to regenerate ATP for muscle contraction. The amount of oxygen the muscles use depends primarily on how many mitochondria they have.

Together, the cardiac output and the amount of oxygen the muscles use determine the volume of oxygen the muscles consume (VO2). As running pace increases from an easy jog to running as fast as one can, VO2 increases to keep up with the demand of the run until the maximum volume of oxygen that can be consumed per minute (VO2max) is reached. Although marathons are run at a much slower pace than that at which VO2max is reached, the higher the VO2max, the faster the pace that can be run at a specific fraction of the VO2max.

There is a specific volume of oxygen (VO2) consumed every minute to maintain any submaximal pace (which gets larger the faster the pace). The less oxygen consumed to maintain a given pace, the more economical the runner. Running economy is likely the most important indicator of marathon performance. For example, if two clients have the same VO2max, but Bert uses 70 percent and Ernie uses 80 percent of that VO2max while running at 9-minute mile pace, the pace feels easier for Bert because Bert is more economical. Therefore, Bert can run at a faster pace before feeling the same amount of fatigue as Ernie. With the same VO2max and superior running economy, Bert would whoop Ernie’s butt in the marathon.

At faster running speeds, there is a greater reliance on anaerobic metabolism for the production of energy, and aerobic metabolism can’t keep up. When this happens, hydrogen ions accumulate in the muscles and blood, decreasing the pH and causing metabolic acidosis and fatigue. The speed at which acidosis occurs is called the acidosis (lactate) threshold and is an important determinant of marathon performance because it represents the fastest speed that can be sustained aerobically without a significant anaerobic contribution (and thus the development of metabolic acidosis).

The ability to metabolize fat also influences marathon performance since the muscles’ preferred fuel—carbohydrate—is limiting. When you run long enough, muscle glycogen is severely lowered, which is threatening to the muscles. In response to this threat, the muscles synthesize and store more glycogen than was previously present, which increases endurance. The more glycogen in a runner’s muscles, the greater his ability to hold his pace to the finish line.

When muscles run out of carbohydrates, they’re forced to rely on fat and so become more effective at using fat for energy. Because the marathon is longer than what can be run on the amount of carbohydrate in most runners’ muscles, forcing muscles to “learn” how to use fat more effectively helps maintain marathon pace.

When muscle glycogen and blood glucose get low, the liver, sensing the low fuel tank, takes amino acids and lactate and converts them into glucose, providing more quick fuel to sustain marathon pace.

The marathon thus requires the largest glycogen storage capacity possible, a very effective use of fat, and a very efficient capacity to make new glucose.

When muscles run out of carbohydrates, they’re forced to rely on fat and so become more effective at using fat for energy. Because the marathon is longer than what can be run on the amount of carbohydrate in most runners’ muscles, forcing muscles to “learn” how to use fat more effectively helps maintain marathon pace.

Despite the focus of most marathon training groups, training for a marathon isn’t just about one long run each week; it’s about the total amount of running. To run 26.2 miles, your clients need to become as aerobically developed as possible.

Running lots of miles improves blood vessels’ oxygen-carrying capability by increasing the number of red blood cells and hemoglobin, stimulates the storage of more glycogen in the muscles, increases the use of intramuscular fat to spare glycogen, creates a greater capillary network for a more rapid diffusion of oxygen into the muscles and, through the complex activation of gene expression, increases mitochondrial density and aerobic enzyme activity, increasing aerobic metabolic capacity.

Many novice runners don’t run enough miles during the week to support the long run on the weekend. You don’t want to run 4 or 5 miles for two or three days during the week and then shock your legs with a 15-mile run on Sunday. Your clients may be able to get away with that once or twice, but if they do that week after week after week, they’re setting themselves up to get injured.

To avoid injury, the long run shouldn’t be more than about a third of the weekly mileage. So, if your client’s long run is 20 miles, he should run at least 60 miles per week. Most runners don’t run that much, so you need to be creative so they don’t accumulate so much stress in one run. While the long run should be stressful to induce adaptations, it shouldn’t be so much more stressful than any other run during the week. To circumvent the problem of having the long run be a large percentage of the weekly total, have your clients do a midweek, medium-long run about 65 to 75 percent of the length of their long run.

Systematically lengthen the long run a mile at a time (even running the same distance a few times to habituate to it) for three or four weeks before backing off for a recovery week. Keep adding miles until they reach 20 to 22 (or 3½ hours, whichever comes first), and have them do their longest run two to three weeks before the marathon. The amount of time they spend on their feet is more important than the number of miles they run.

If your client is not a first-time marathoner and is training to improve his or her marathon time rather than just complete the distance, alternate his or her long run with a medium-long run (12 to 16 miles) that combines long slow distance (LSD) running with segments at AT pace. These AT/LSD combo runs simulate the physiological and psychological fatigue of the marathon. Like regular long runs, they severely lower muscle glycogen, stimulating its synthesis and storage.

Running at AT pace increases it to a faster speed, making what was an anaerobic pace before now high aerobic. One of the goals of marathon training is to increase AT pace and the ability to sustain as high of a fraction of AT pace as possible (see Sample Marathon Workouts).

Once the training secret of the world’s best runners, interval training has become the new buzz term in the fitness industry. Interval training at a speed close to the speed at which VO2max occurs is a potent stimulus to improve VO2max. The cardiovascular adaptations associated with VO2max intervals, including an enlargement of the left ventricle and a greater maximum stroke volume and cardiac output, increase VO2max, resulting in a greater horsepower for the aerobic engine.

After your clients spend months increasing their mileage, going on long runs, and doing lots of AT workouts and VO2max intervals, they’re finally ready to taper their training. Tapering results in changes in biological markers that reflect a reduced training stress and an increased recovery so that your clients are fresh and ready to go on race day. The more your clients run before tapering, the more they’ll benefit from it. It’s hard to taper down something that hasn’t been built up.

If your clients train smart enough, not only will they cross the marathon finish line basking in the glow of their accomplishments, they may even be able to chase Pheidippides.

A competitive runner since sixth grade, Dr. Jason Karp quickly learned how running molds us into better, more deeply conscious people, just as the miles and interval workouts mold us into faster, more enduring runners. This passion that Jason found as a kid placed him on a yellow brick road that he still follows all these years later as a coach, exercise physiologist, bestselling author of 11 books and 400+ articles, speaker, and educator. He is the 2011 IDEA Personal Trainer of the Year. His REVO₂LUTION RUNNING™ certification has been obtained by fitness pros and coaches in 25 countries. His books can be found on Amazon.

How to Create an Online Fitness Program
FBA Sponsor Podium Named To The Forbes Cloud 100 For Third Time
What to Know When Tele-Fitness Meets Tele-Health
4 Ways to Increase the Profits of Your Fitness Business
Podium Becomes FBA Sponsor; Will Be at SUCCEED!
END_OF_DOCUMENT_TOKEN_TO_BE_REPLACED