How to Make Selling in Your Fitness Business Fun 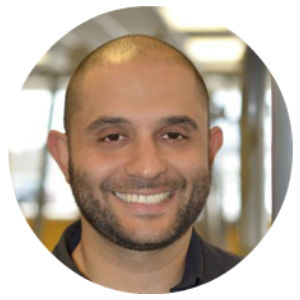 When it comes to selling memberships, personal training, or really anything, many of us tend to cringe.  The reason is because of our own experience with buying something from a terrible salesperson.  We might have felt like we were being forced to do something we didn’t want to do or maybe we were told/directed something without the freedom to make our own decision.  Probably one of the worst feelings of us being “sold” to is feeling like we got taken advantage of.  Meaning the salesperson acted in his/her own interest only and not ours.

If most of our past experiences with sales left us feeling like we were less than, no wonder the majority of us are just not very good at selling.  However, it doesn’t have to be this way.  Your past doesn’t dictate your future unless you let it.  The ultimate question to answer is, how can selling be fun?

Ask Yourself These Three Questions

One of the most frustrating aspects to selling is not knowing how to categorize/gather information and keep the conversation on point.  Next time you are in a sales setting, follow this strategy to qualify your prospects called the GROW model.

“G” stands for goals.  In this part of the conversation, your objective is to better understand what your prospects hopes, goals, and expectations are.  This entire conversation is future based.  Everyone has expectations on how they think their experience will go.  This is a very positive conversation that is guided by open-ended questions, affirmation, reflections, and summaries.

There are two steps under “G”, “G1” is called get leverage and “G2” is called a positive timeline.  Here is a list of a few open-ended questions, affirmations, reflections, and summaries:

The idea behind open-ended questions, affirmations, reflections, and summaries (OARS) is to find out what drives this individual.  “Motivational Interviewing”, a book written by William Miller and Stephen Rollnick dives into OARS in more detail.

Now think about leverage - this term is something so important to someone, that if you take it away, they will fight to get it back.  When you think of leverage, think of a big boulder that you might not be physically strong enough to lift, but you have a lever that will allow you to lift it.  See all of us have this “lever” inside when pushed upon, will move us, the boulders, in the right direction.  Typically leverage is someone else.  Meaning we would all change our habits and behavior for the good of someone else.

For example, a father might give up smoking because his daughter came back from school, crying because she learned that smoking causes cancer and she doesn’t want her daddy to die.  Or an overweight grandmother might start eating better and begin an exercise program because she is unable to get down on the floor and play with her grandchildren.  We all have leverages, using OARS will help you discover and identify what they are so you can properly guide your prospects to change their behavior.

Once we understand what leverages the prospect and we have a good visual of the type of a life they are looking to live, we MUST discuss what happened in the past that prevented them getting to where they want to be.

“G2” is a timeline in the near future.  One of the biggest challenges with growing up is we stop dreaming and visualizing.  We all think it’s adorable when a little kid wants to be a fire truck when he grows up.  As adults, we would never dare to say such a silly thing.

In his book, “Man’s Search For Meaning”, Victor Frankl talks about something really interesting.  Mr. Frankl talks about when human beings have nothing to be hopeful about, they can’t visualize a better future, they die.  See, for most of our prospects, the future is so bleak, so cloudy, and hopeless, no wonder why most people have a hard time getting excited about starting an exercise program.  To me, this is the biggest mental exercise you MUST go through with every prospect to make sure they are hopeful and genuinely looking forward to what might happen in the near future.

Once we understand what leverages the prospect and we have a good visual of the type of a life they are looking to live, we MUST discuss what happened in the past that prevented them getting to where they want to be.

This conversation is negative for the most part.  In this conversation, the idea is to guide your prospect from “I should do this” to “I MUST do this”. There are 4 parts to “R”. In this part of the conversation, you MUST understand what is the disconnect.

If it’s so important for this prospect to be a better mom or a better role model, whatever their leverage is, then what is preventing them from getting there?  The idea is for you and your prospect to gain an understanding of the past to make sure it doesn’t stand a chance this time around.  Your prospect is an expert about themselves and you are the expert in fitness.  It’s important for the prospect to feel guided through their thought through proper implementation of OARS.  Here is an example:

By the way, the answer to question #16 should be a resounding NO!  According to Tony Robbins, the twin pillars that rule decision-making is pain and pleasure.  Most of us don’t know how to engage our prospects in such a way that guides and evokes the types of responses that will inspire them to change for their reasons, not because you told them to do so.  The best way to genuinely enjoy the process of selling is to guide and lead the conversation and let the prospect figure things out.  The idea is to help the prospect vote for change VS against change.  Tony Robbins put it the best.   Persuasion happens when logical reasons to buy now (LRBN) and emotional reasons to buy now (ERNS) exceed dominant reasons to avoid buying (DRAB), then and only then you will gain a new client.

Maximize the Value of Your Clients: Upsell Strategies for Fitness Studios
How to Stop Discounting Your Personal Training Programs

How Flexible-Minded Fitness Businesses Win
SUCCEED! Continues to Impress!
How to Create an Online Fitness Program
FBA Sponsor Podium Named To The Forbes Cloud 100 For Third Time
What to Know When Tele-Fitness Meets Tele-Health
END_OF_DOCUMENT_TOKEN_TO_BE_REPLACED