My Experience with ClassPass and Its Impact on Studios 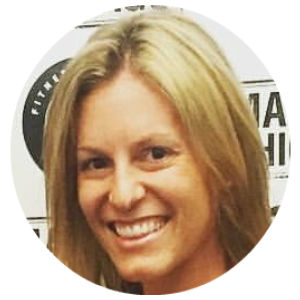 Most studio owners have been affected by ClassPass in one way or another. There are those of you who have used it as a marketing tool to get an increasing number of bodies into your studios and classes. For others, you have been fighting against it as you watch some of your clients and members walk out the door.

In case you are not familiar, ClassPass is "a new kind of gym membership that grants you access to thousands of different classes at studios and gyms in your city and around the world,” per their website. Depending on your membership type, you are allowed access to specific studios a certain amount of times within each month.

This model was a genius idea, especially for the 25-45-year-old female demographic, who not only wants to spend more money on their fitness workouts, clothing and even post workout foods and drinks.  ClassPass allowed these individuals to buy their cake and eat it too, allowing them to access numerous fitness studios for a variety of workouts each month.

For many studio owners who participated in using ClassPass, they saw an increased number of individuals entering their studio. Yet there was one very important takeaway from this model. Studios were attracting individuals who wanted to be able to access upwards of 8-16 classes per month, typically at under $200 a month. Do quick math on that, and it breaks down to $25 or less per class.

Considering studios were only getting a cut of that money due to ClassPass assisting in funneling bodies into their classes, it led to many studios seeing losses in profits very quickly. As studios began to pull out though, they noticed something.  ClassPass participants were attending so many studios, that if one dropped out, they would simply look to attend a different one that fit into their schedule.

I actually purchased a month of ClassPass a couple of months ago (I mean who can argue with $19 for the first month!) and I was amazed at how many choices I had to attend classes, and even gyms (they also offer “gym time” at specific commercial gyms, so you can attend and simply use their equipment and work out on your own).

Not only were participants not feeling very loyal to studios since the plethora of places to go, I was given the cold shoulder at most places I went and felt like a bit of a pariah saying, I should be on the ClassPass list.

This model has led many studios to try and take the easy way out to market classes. And the results shouldn't be shocking. As the old saying says, you get what you pay for. Studios thrive on relationship building, personal touches and niche markets. Using something like ClassPass may get you more bodies in the door, but will more than likely not get you the results you want with creating loyal customers.

Further, I recommend you check out AFS' 2015 Operating and Financial Benchmarking Report where they dive into further detail on specific conversion rates of ClassPass people - very interesting!

I want to hear about your experience with ClassPass, whether it be using it personally or how your studio was affected by it!

Liz Callham received her Bachelor’s Degrees from Illinois State University in Exercise Science and Public Relations and also completed a Masters in Business and Administration from DePaul University. She holds certifications as a Certified Strength and Conditioning Specialist from NSCA and Health Fitness Specialist through ACSM. She also sits on the Advisory Board for the Exercise Science Department at ISU.

AFS, the site you're on, is now the FBA (Fitness Business Association)!  Same ownership, exciting rebrand, and brand new value proposition.  Check out the FBA!

3 Surefire ways to Ensure a Profitable 2023
What Does My Accountant Need for Tax Season
Turn Your Passion Into a Fitness Business Earning $10K/Month - Online, Offline and Hybrid
Upper Respiratory Illness: Taking Care of Your Voice When You Get Sick
5 Ways Group Fitness Instructors Can Set Themselves Apart as Professionals
END_OF_DOCUMENT_TOKEN_TO_BE_REPLACED

FBA Membership Is Right For Everybody